Big Ink Supports the Next Generation 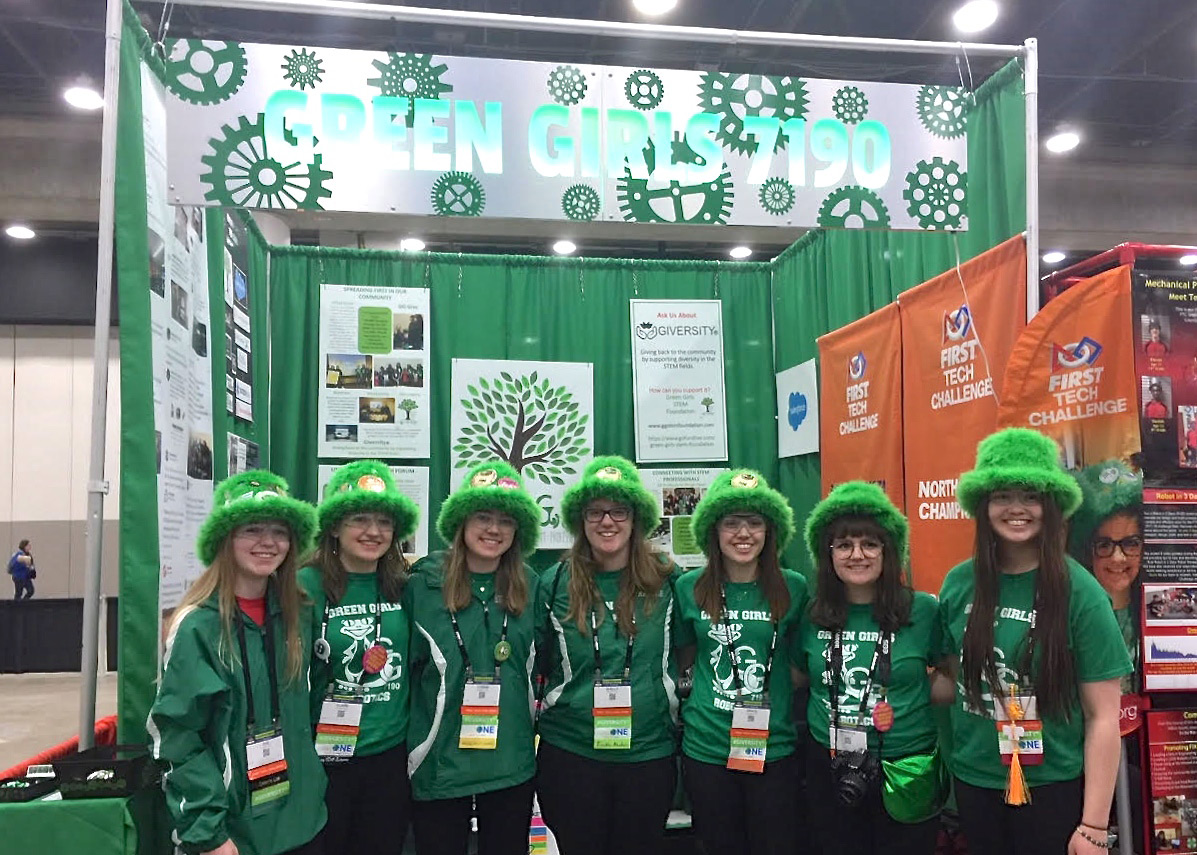 Big Ink Gives Back to the Future Generation

We enjoy giving back to the community and supporting the next generation of BIG thinkers. Recently, we provided display signage for an FTC, FIRST Tech Challenge team, called The Green Girls. FTC is operated like a sport and teams design, build, program and operate robots to overcome an assigned challenge. They then compete in head-to-head competitions, with the winners advancing on. This year The Green Girls had their best season yet, advancing to the World Tournament in Detroit.

Background on The Green Girls

The team consists of seven eleventh grade girls (Zoe, Corinn, Erica, Shelly, Claire, Grace and Rebecca), who have been together for nine years. They started in second grade in an FLL, FIRST Lego League, tournament and after three years, moved up to FTC. When asked about nerves, they say they still got nervous before judging, but deep breaths and group “power poses” calm their nerves. They credit their success to the years they’ve worked together as a team. They all have a passion for the competition and consistently put in the hard work needed throughout the nearly year round season. The team realizes that FIRST Tech Challenge has had a large impact on their lives. It will continue to influence their futures, robotics has not only increased their love for science but given them many life skills as well. Zoe noted, “Our motto is FIRST isn’t about where it takes you, but what it makes you.”

BRAVO to this inspiring group of young women!